On October 19, 2013 - Day 2 of the 2013 Student Symposium - the following student scholarships for the 2012/2013 academic year were awarded to the six worthy recipients listed below. Recipients were chosen on the merit of their applications, references, and activities.

CONGRATULATIONS to the following recipients of the 2013 ASID Texas Chapter Student Scholarships! 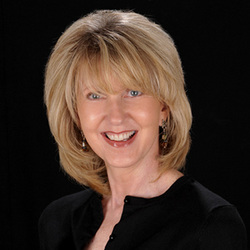 Kathy Parr Hammond was a very active ASID Industry Partner Representative from Walker Zanger in Dallas, and she passed away on March 7, 2012. While serving as Financial Director for the Dallas Design Community, she generously stepped up when asked to fill in for a resigning Communications Director on the Texas Chapter Board, serving almost half a term. Immediately afterwards, she took on the task of serving as the Texas Chapter’s Financial Director from 2009 to 2011. At the time of her passing, she was still a very active member of the Dallas Design Community Board, as well as the Co-Chair Elect for METROCON Expo & Conference. Kathy will be remembered for her gracious personality, great sense of humor, professionalism and ultimate sweetness. Kathy faced all of her adversities with strength, determination and courage, and she is greatly missed by everyone who knew and worked with her. A scholarship fund was set up in Kathy’s name, and all donations funded these two Kathy Parr Hammond Memorial Scholarships for interior design student scholarships.